ZackScott's House was a house located in Scottland. The building was completed in Episode 100, destroyed in Episode 341 and rebuilt in episode 424. in which the building was completely destroyed by Mac. Zack's house is known for being the target of gags and pranks towards ZackScott, most notably evilmacaroon by blowing up the house with TNT, including mytitans during a series of gift giving.

There have been multiple gags and pranks pulled on ZackScott on his home, including creating penis figures using blocks left on his property or on or above his home. One notable occasion is of Mac and Clark leaving him a Trojan Horse in front of his home, which suddenly had some TNT rigged inside.

ZackScott has been 'boated, shroomed, reefed, fenced and stilted' by Clark. This was known as a series of gift-giving; an exchange of various materials between Zack and Clark. In return for Clark's gifts, Zack has built a dam to beautify Clark's home, torched it, carted the area and bedazzled his house.

One of the more notable pranks pulled on Zack regarding his house was played by LDShadowLady. She found a similar biome and built a replica of his house. Rigging it with TNT, she then asked Zack to teleport to her and blew it up, but TNT was glitching and wouldn't blow up. This caused additional inadvertent confusion as Zack then thought it was the decoy house being blown up the next time Mac blew it up.

Multiple times over Zack's Minecraft series, Mac would use TNT blocks to destroy ZackScott's house as a prank or to scare him. This has happened a lot in the past, but ZackScott's Big Brother plugin has helped him restore his house back multiple times saving the time to rebuild if he had to do so.

In Episode 341, ZackScott announced his house was once again destroyed by Mac and Adam. Mac and Adam destroyed ZackScott's House using TNT on Christmas, leaving a crater behind as his Christmas gift. Little did they know, Big Brother was not active at the time, which means ZackScott could not revert back to before the destruction, so this was the last and final destruction of ZackScott's house. The destruction was not shown in a Minecraft episode on his channel, but evilmacaroon livestreamed the destruction and uploaded it on YouTube which can be viewed here. ZackScott does have intentions on creating a new house later in the future. Zack has stated that there are no hard feelings over this. He did mention, however, that he would have liked it if Mac and Adam had not destroyed his house, as he had wanted to do another "STOP MAC!" interactive video, in which one of the buildings being targeted would be Zack's house.

In Episode 392, ZackScott announced that he will be using a technique to try and restore his house to its former glory; he also stated that it would be for Episode 401. In episode 424 Mac And Adam Rebuilt his house repaying him for blowing it up in the first place. They have added a few upgrades and Mac and adam are going to add upgrades To his house as a project.

Photos of the Home 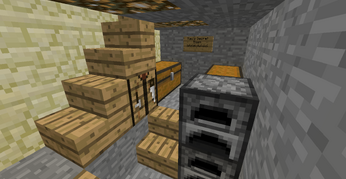 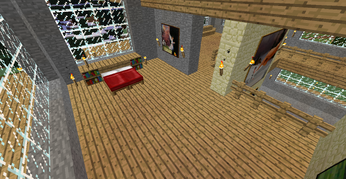 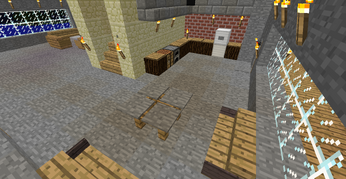 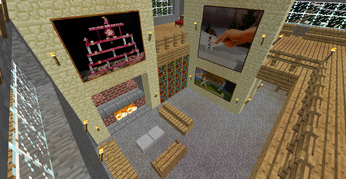 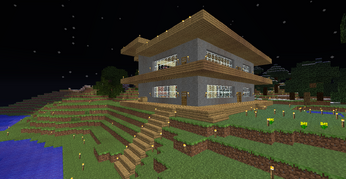 Original Floor Plan
Add a photo to this gallery
Retrieved from "https://scottlandminecraft.fandom.com/wiki/Zack_Scott%27s_House?oldid=23492"
Community content is available under CC-BY-SA unless otherwise noted.