Nova Scottia is a multiverse that was added to the Scottland server in January 2012 and mentioned first in Episode 357 - Nova Scottia. It is a completely separate world, with a different seed, its own Nether, and presumably its own End, but it is still part of Scottland. It was created to allow players a fresh start on new land created with the latest terrain generator, free of the ability to cheat, in order to recapture the feeling of playing Minecraft for the first time for veteran players and permit more freedom of land development for new players. Brett was interested in reaching the End and beating the game, which is not possible in the mixed terrain of Scottland. Large settlements in this world include Brambleberry Village and Castleberry.

Unlike Scottland, Nova Scottia is locked on Hard difficulty, making enemies harder to kill, and also allowing players to die from hunger. Food is a necessity in Nova. Along with the multiverse mod, Zack had to add several other mods to prevent items moving between Scottland and Nova Scottia, keeping out duped items. Also, Zack has no OP powers in Nova.

Players can access Nova by typing /warp nova, or by clicking a sign inside a gold submarine in the Scottland Docks. Nova has its own submarine (currently made of wood and cobblestone), which is the only way to return to Scottland without dying. This prevents players from reaching the safety of spawn from Nova with commands like /spawn, but several players want the ability to teleport to Nova's spawn from within Nova, or the ability to wake up in a bed slept in within Nova.

When a player arrives in Nova, they have a completely separate inventory and experience bar, so items from Scottland cannot be brought into Nova or vice-versa. He also removed the Operator or OP status of himself and Ashley, Bukkit commands, and the ability to teleport to players or spawn in Nova, though basic commands remain in Scottland. It's now no longer possible for anyone to use god or creative mode without Zack's permission. Lockette remains in both worlds to allow chest locking and door timers.

In Old Nova Scottia (see below) the players shared a home and worked with the goal of reaching the End. In new Nova Scottia, all the players have their own homes and their own goals. Brett and several other players are continuing the quest to beat the game, while others are pursuing their own interests. It has yet to be seen if the End will work properly.

The players of Scottland and Nova Scottia have been having a debate on the name of the world. Zack believes that the name stands as Nova Scottia (Nova Scott-e-a). Other players think the name of Nova is pronounced the same way as the province in Canada called Nova Scotia (nova sko-sha).

Old Nova Scottia is the region born from Zack Scott's second Minecraft server. After the first episode of Versus Mode, Brett decided that the new region needed to be settled. He started building a settlement and Nova Scottia was born. Mac, Adam, and Ashley joined in soon after, and together they worked towards the ultimate goal of reaching The End and beating the game before Zack can delete the map and start the server fresh. Mac named the new region.

This second server contains no plug-ins, and even standard multiplayer functions such as the "/join" command do not work, creating a very dangerous and exciting challenge for the adventuresome Scottlandians who have settled it. With so much danger abound, simple things like having a pet wolf help tremendously. Brett had unnamed wolves, and Adam had three wolves, two of which are named after iWolfyyy, Wolfsorrow, and Wolf Blitzer.

Because this second server was meant only for Zack to test plugins and commands, Nova Scottia would eventually be reverted, destroying the settlement. Many of the players desired a completely fresh world with the new terrain generator and no ability to cheat, but wanted to keep Scottland intact, so Zack found several mods that would allow a parallel universe within Scottland. 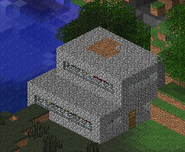 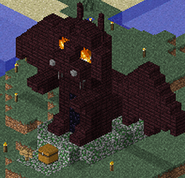 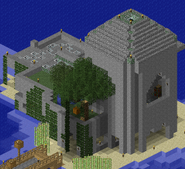 Add a photo to this gallery

The community farm, home and mine.

The storage room under the base,

Add a photo to this gallery
Retrieved from "https://scottlandminecraft.fandom.com/wiki/Nova_Scottia?oldid=25050"
Community content is available under CC-BY-SA unless otherwise noted.